If it doesn’t directly affect you then it’s not your problem, right? Wrong. I am a very fortunate person who lives a very lucky life. I know that most, if not all, of what I have was diligently earned by my parents and grandparents before me but I still call it luck because certain things are out of even their control. I was born to educated people in a completely developed country that is unplagued by war, famine or unrest.  In between thinking about education, job-hunting, the future and other activities that fall under the heading “Life”, it’s very easy for me to forget that not everyone is lucky enough to have a life like that.

One of the most incredible things about theatre is that it brings other people’s lives and experiences to your front door.  The play The Jungle presents the stories of refugees who have journeyed thousands of miles from all over the world and were living in the French refugee encampment known as The Calais Jungle.

These Refugees had all made the unbelievably dangerous and illegal journey to Calais, in order to cross The Channel and enter the UK in hopes of a better life. All these people wanted was to live in a welcoming country where they were safe and open to the same opportunities that those of us who were born here already have through no effort or sacrifice of our own.

The main stage was a tent Restaurant inside the encampment itself which doubled as a meeting place for people from the different communities within The Jungle and the English volunteers who had arrived to help in the best ways they knew how. Half of the audience are sat within the walls of the restaurant itself. There are rows of Café style benches and tables dressed with drink and condiments where people are sat with the action happening all around them. The show is essentially performed in the round. The upper circle, where the other half of the audience were sat, was renamed the White Cliffs of Dover and used as a reference point within the story. In reality despite being 33km away, the White Cliffs can be seen from Calais, creating the illusion of close proximity and further instilling the refugees with a sense of hope.

After the show we left the theatre hungry for information and change. I consider myself to be quite aware of the world around me but I left the show knowing more correct and unbiased information about this particular refugee crisis than I had heard on the news. I can’t shake the feeling that an increase in empathy and love for one another is the only real way to start solving problems that we as humans have created for our own race. We should be crafting a world in which all Earthlings have an equal right to a safe life that is abundant in love and opportunity. We have far to go before we get to that point and we all have a part to play in the change and I may not have figured out where I stand in it all yet but rest assured, I will.

Where do you stand? 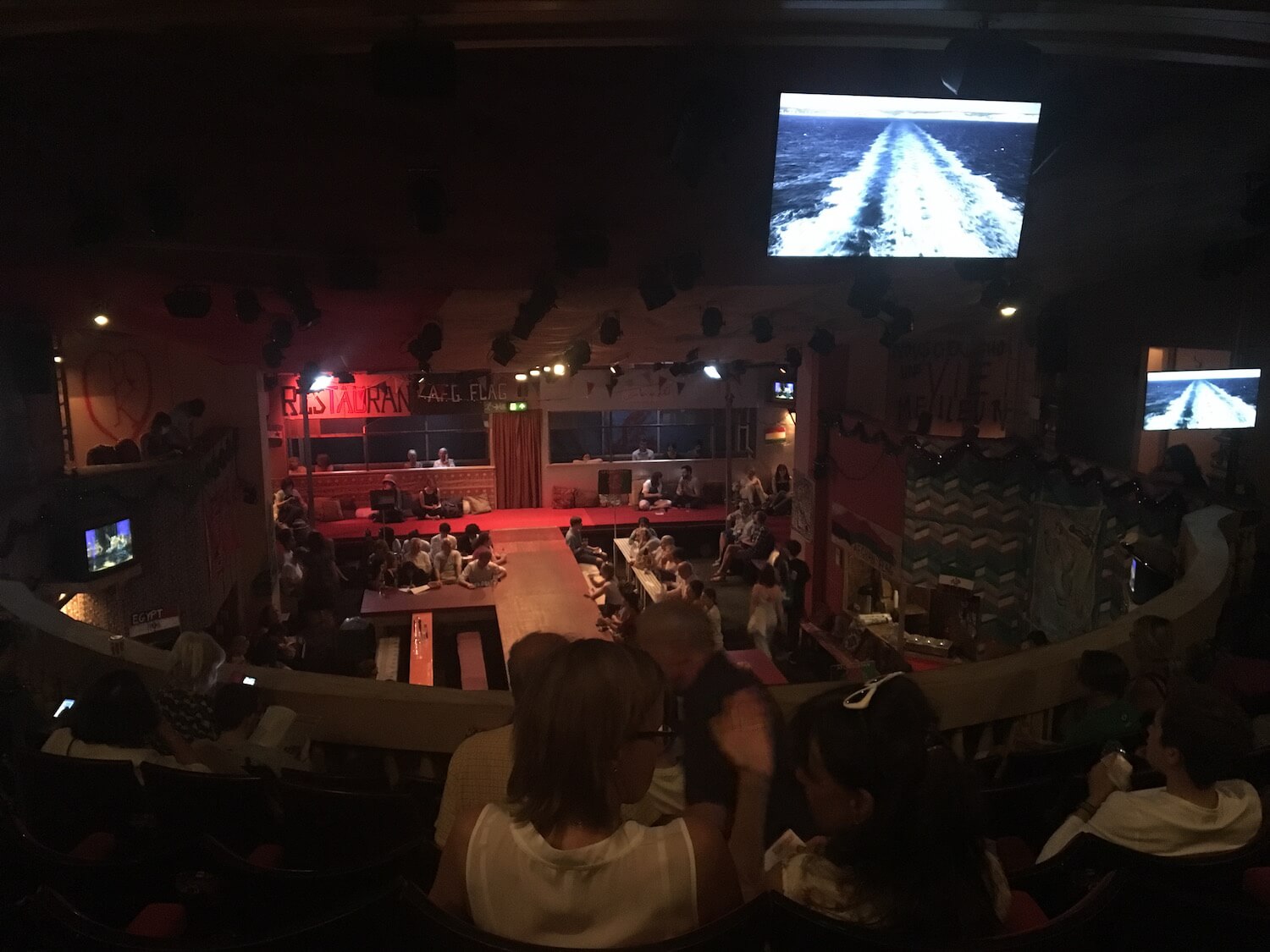